Since 2005, the Abilene attorneys at Mehaffey & Watson have been providing West Texas with unparalleled legal services. With an exhaustive knowledge of tort, business and family law and a commitment to client satisfaction our attorneys investigate each of our clients’ cases aggressively and with integrity.

Our firm, which handles serious personal injury claims, is primarily a plaintiffs’ firm. Our attorneys thoroughly prepare each case for trial in order to obtain the best possible recovery for the client. We offer expert legal counsel for cases involving medical malpractice, product liability, dangerous drugs and defective medical devices and civil rights violations. We also represent those who have been affected by a serious injury or wrongful death sustained in an auto or trucking accident, natural gas explosion or other personal injury accident. If you or a loved one has been the victim of a catastrophic personal injury, the lawyers at Mehaffey & Watson will guide you though every step of the legal process.

Our firm also handles business litigation, including breach of contract. As with personal injury claims, the best result in business litigation are achieved when the client and attorneys are ready, willing and able to go to trial. For that reason, our lawyers diligently prepare each case for trial while simultaneously looking for opportunities to reach a fair and equitable pretrial settlement.

Additionally, our firm provides quality legal services in divorce and family law. We strive for timely resolution of difficult family situations with a minimal level of confrontation, particularly when children are involved. With the “clients’ interests at heart,” our firm handles divorce and property case, child custody and support, visitation, adoption, premarital and marital agreements, interstate and international divorce and custody, wills and estate planning and other family law matters. Our office specializes in aiding military families though the divorce process. Claire Mehaffey is married to a military officer and is extremely knowledgeable about day-to-day activities of military families that places her in a unique position to aid military personnel and their spouses through the divorce process.

The Abilene attorneys at Mehaffey & Watson are proud to serve the unique populations of Abilene and the surrounding areas. Having attorneys born and raised in Abilene, as well as attorneys from other areas with an “outside” perspective, we are uniquely equipped to provide individualized service. Our office offers legal counsel in both English and Spanish and will take all possible measures to accommodate you and your family’s needs.

For expert legal representation, contact the attorneys at Mehaffey & Watson today. Our offices serve Abilene and the surrounding areas.

For expert legal representation, contact the attorneys at Mehaffey & Watson today.
Our offices serve Abilene and the surrounding areas. 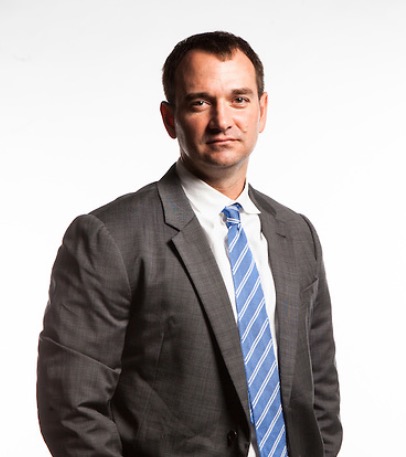 Sam was born 1974 in Temple, Texas at Scott and White Hospital due to complications his mother had with her pregnancy, and lived in Brownwood Texas for the first six years of his life. He moved to Abilene, Texas at the age of six and lived in North Abilene. Sam grew up in a middle class household. His mother was the director of the Noah Project, an abuse shelter for battered women, and his father was a retired Air Force Chief Master Sergeant working for the State of Texas. During grades 1-5 Sam attended St. John’s Elementary, a private school. At St. John’s Sam was surrounded by children from the wealthiest families in Abilene. At 3:30 the bus from the State Street YMCA in North Abilene picked Sam up from St. John’s and took him to an after school care program with children from the poorest Abilene families. From 6th through 12th grade Sam attended Mann Middle School and Abilene High School. During high school Sam was a member of the debate team, trained in Tae Kwon Do at Master Lim’s Tae Kwon Do, enjoyed lifting free weights at the State Street YMCA, and worked part time at H.E.B. Sam earned his black belt in Tae Kwon Do during his junior year in high school from Master Yung Sung Lim, and won District in debate and qualified for State during his senior year in high school. Sam enlisted in the United States Army Reserve as a Private E-1 with a waiver from his mother and went to basic training in the summer between the end of his junior year in high school and the beginning of his senior year. Twenty four years later Sam is known as Lieutenant Colonel Mehaffey and is veteran of Operation Iraqi Freedom.

Sam attended Hardin-Simmons University for four years where he was a member of the debate team, moot court team, and ROTC. Sam continued to work part time throughout college but managed to qualify for Nationals in debate. He was one of the top oralists in the State in moot court and earned scholarships for both debate and moot court. Sam earned his second degree black belt from Master Lim, and Cadet Mehaffey attended Army Airborne School from the recommendation of his ROTC Battalion Commander LTC Samuel Carroll. This recommendation was in part because Cadet Mehaffey had the overall highest grade point average and highest physical fitness score of anyone in the Tri-College ROTC program. Sam’s ROTC Battalion Commander LTC Samuel Carroll would later become an assistant district attorney for Taylor County and Sam found himself opposite of his former commander in the courtroom. Notwithstanding their adversarial relationship in court Sam and Sam continued their friendship and Sam Carroll became the Honorable Samuel Carroll, presiding judge of County Court at Law #2. Judge Sam Carroll was one of the first people Sam informed when he was promoted to lieutenant colonel in the United States Army Reserve.

Sam’s oldest son, Tyler Mehaffey was born three weeks after he graduated from Hardin-Simmons. After college Sam set his dreams of becoming a lawyer temporarily aside and worked for two years at Enterprise Rent a Car in Abilene and Plainview, Texas before beginning law school at Texas Tech University School of Law. At Tech Sam competed in Moot Court and worked at the Lubbock County District Attorney’s Office. Sam met his wife Claire Mehaffey in law school and married in January of 2000, three days before Sam was shipped off to his officer basic course in Ft. Huachuca, Arizona. The plan was for Claire to continue at Tech while Sam completed his officer basic course. Instead, without Sam’s approval, she dropped all of her classes, returned her student loans, and moved to Arizona for four months. It was one of the best decisions the couple ever made. Upon return, Sam and Claire took extra hours and graduated from Texas Tech School of Law on time in May of 2001.

Sam dreamed of opening his own practice in Abilene with Claire and living and working in the same building. He envisioned an office in a historical Abilene Home somewhere on the north-side as a home/office where he and his wife would work and live happily ever after. Sam and Claire did move to Abilene but Claire got a job at Wagstaff Law Firm, and Sam began teaching political science at Hardin-Simmons University. Little Sam Mehaffey was born in August of 2001. Sam’s first day of work at Hardin-Simmons University was September 11, 2001. Sam and Claire learned that they passed their bar exam on November 1, 2001.

Sam’s tenure as a professor at Hardin-Simmons ended abruptly with a mobilization to Iraq’s Al Anbar Province in early 2003. Little Joshua Mehaffey was born in January, 2003 and was two months old when Sam left. Sam’s assignments included civil affairs team leader in Haditha, advisor to the Al Anbar Supreme Court in Ramadi, public education team member in Baghdad, and assistant team leader in Fallujah. Sam returned from Iraq in 2004 and opened Mehaffey Law Firm, a solo practice. Mehaffey Law Firm became Mehaffey & Watson by 2005 when Sam was joined by his wife and father-in-law, Tom Watson.

By 2005 Sam realized a bigger, better version of his home/office dream. Mehaffey & Watson was opened at a location that Sam identified in law school would be perfect if it was ever for sale. The firm expanded rapidly and since opening and the three attorneys have helped over 5,000 people from Abilene and the surrounding area through some of the most difficult times in their life. Sam is licensed to practice law in Texas, the Northern District, and 5th Circuit. He is a member of the Texas Criminal Defense Lawyers association and his most common practice areas include criminal defense and personal injury. 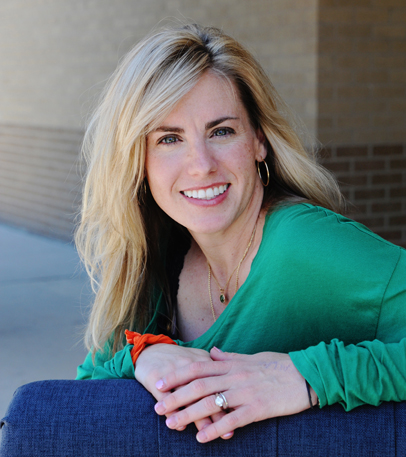 Claire was born in Freeport Texas. She graduated from Southwestern University in Georgetown and went on to law school at Texas Tech University Law School where she met and married her husband, Sam Mehaffey.

She practices law at Mehaffey & Watson with her husband and dad, Tom Watson.

Claire has been practicing family law for over 12 years.

Claire’s husband, Sam, is a major with the United States Army Reserve. He is currently attached to the 413th Battalion out of Lubbock, however prior to that he was attached to the 490th Civil Affairs Battalion that was out of Abilene.

In 2003, like many other Servicemembers, Sam was involuntarily mobilized and sent to Iraq in support of Operation Iraqi Freedom. He was in country from March 2003 through March 2004. At that time, the Family Code did not allow step-parents, grandparents, or anyone for that matter, to see a soldier’s child when he or she was deployed. In extreme situations, this meant the custodial parent could completely cut off access to the child while the servicemember was deployed. The law had not caught up with the times and the Mehaffey family paid the price.

Tyler is Claire’s stepson, and he was prevented from having any contact with her and his younger brothers when Sam left for Iraq. Sam filed an enforcement action in an attempt to keep the possession and access schedule the same while he was deployed.

Claire then wrote, called, and emailed any and every legislator that she could find and contacted numerous media outlets. The Dallas Morning News agreed to run a story but would not run it without using Tyler’s name. Claire refused to allow her stepson’s name to be used and the story did not run.

Finally in 2005, Claire was contacted by a legislator wanting to make changes to the Family Code to prevent families from being torn apart during deployments. In 2005 and 2007, Claire and Sam testified in front of the House and Senate Judiciary Committees to change the Family Code. The result was catastrophic success. Texas was the first state to change its Family Code to ensure that deployed service members can designate someone to exercise their visitation, and keep their family intact while deployed. Now over 20 states have enacted similar statutes that was originally initiated by Claire. 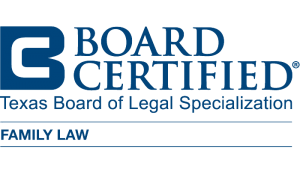 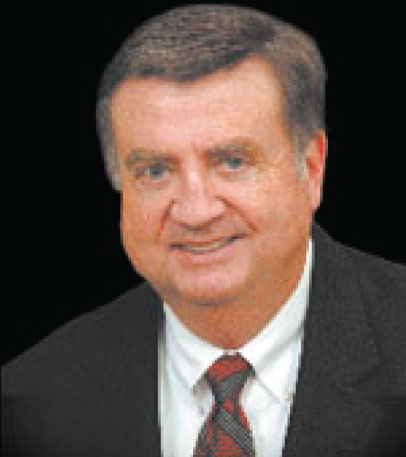